I take a lot of screenshots while playing Final Fantasy XIV. There’s something far too convenient about toggling off the UI, hitting the PrtScn button and ending up with something fairly fabulous right away, never mind the game’s incredible inbuilt screenshot editor. I’m particularly fond of snapping pics of the landscapes and enemy designs, partially due to their Big Fantasy Energy and partially due to the fact I have two monitors. Of course, I need something to look at while I’m finishing the crossword.

Somehow it’s already been three years since I started playing the game – famous last words of “I don’t like MMORPGs” notwithstanding – and I’ve built up a decent folder of wallpapers in that time. Here’s some of my favourites:

Incredible music aside (la-HEE) this area actually looks really nice. It kind of gets overlooked in terms of the new areas as it’s not as colourful nor as busy as places like Eulmore or Il Mheg, but I have a soft spot for giant trees with symbiotic crystals embedded in them.

Quite possibly the best area in the game, the Azim Steppe lets you fulfil your fantasy of being a mongolian sheep herder with a love of squats and fighting in large bloody battles. Oh, and there’s a DDR boss.

The dawn throne just looks far too cool to be relegated to a teleport point once the story is finished.

It’s not a Final Fantasy game until you have a giant horned demon which the weird recesses of the internet find attractive. And it’s not a wallpaper collection until you have something your twelve-year-old self would have begged to have as a poster on the bedroom wall.

Kugane is one of the coolest places I have barely explored in FFXIV. I came to the game at the time this was the endgame hub, and by the time I was visiting the place regularly, many players had logged off to wait for the next patch updates. Nevertheless, I think the weather effects in town are deeply cool, and they’ve nailed the whole “nice but dodgy Kyoto street” vibe I suspect they were aiming for.

Needs no introduction. The house of Ishgard’s most wanted bachelor, my #2 ranked cutest NPC and holder of the nicest interior decoration in Eorzea. It looks like something I’d make in the Sims for my ultra-rich retired spy.

I had more wallpapers, but as I was uploading them I realised that recently I’ve basically only taken snaps of Shadowbringers content – though it’s been out for a while now, I don’t want to accidentally spoil anything. Going into it blind was incredible, and the location reveals are top notch. Almost like it’s one of the most successful entries into the franchise ever… 🤔 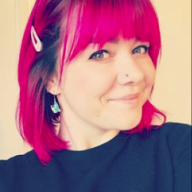